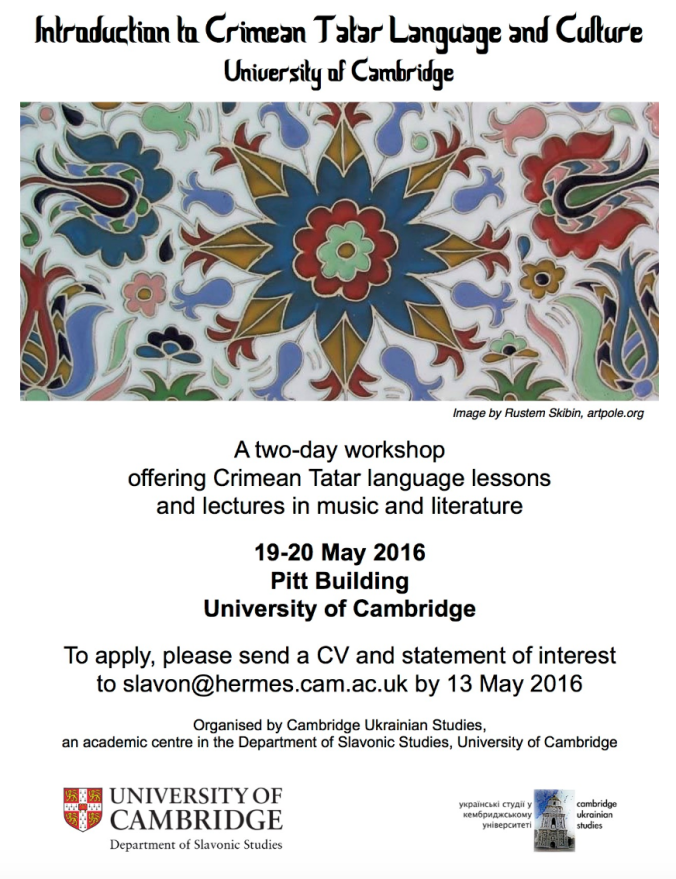 This spring, I’ve been hustling to one conference after the next, breaking out my best (intellectual) moves, trying my best to look the (academic) part, pointing my finger in the air like I just don’t care (not really that part). I’m suffering from audience whiplash, or something, where I can’t remember anymore if the audience I’m speaking to needs me to show a map of Ukraine and drop some basic facts (“Ukraine was part of the Soviet Union, and is a large country that borders…”) before I launch into a particular argument, or whether the audience is comprised of people who have written important books on the region, and who would be insulted if I assumed that they didn’t know who the current ruling party was, or which song is most popular on the radio. Since March, I’ve presented at: the Bard Sound Symposium, ASN in NYC, EMP in Seattle, Imperial Reverb at Princeton, and am about to shuttle off to Cambridge University to give a lecture on Crimean Tatar music for the Crimean Tatar Language & Culture Workshop taking place on May 19-20. Excited for this one, especially now that we can just spend a lot of the time talking about Jamala’s Eurovision win!